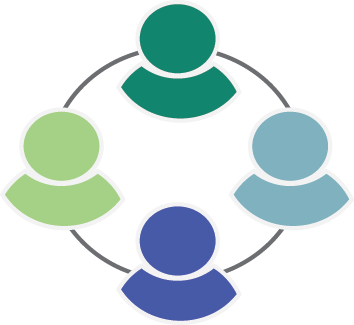 Due to the disproportionate and disparate number of Native American children in the Woodbury County, Iowa child welfare system, the community came together in 2000 and formed the Community Initiative for Native Children and Families (CINCF) committee with Iowa Department of Human Services (IDHS), Native American community representatives, and social service agencies. The CINCF includes representation from the five tribes in the area—Ho-Chunk, Omaha, Ponca, Santee Nation, and Winnebago—and from area service providers, the judiciary, housing, law enforcement, Iowa KidsNet, health, and education. The goal of CINCF is to better understand, articulate, and address issues contributing to the disproportional and disparate number of Native American children and families involved with Department of Human Services of Woodbury County. The group collaboratively works to find resources and support for Native families.

The presentation will share how this collaboration was built on a grassroots effort started by the Native American community, gaining the attention of IDHS and building partnerships, and how it continues to be sustained today. Presenters will talk about the ups and downs of the process, the commitment required, the many partners that need to come to the table, and the desired outcomes.

Every child, youth, and family deserves effective supports and services to meet their cultural needs. Community collaboration and tribal partnerships assist agencies serving children and families in creating a path to improve upon disparate outcomes and identify gaps between intent and outcomes.